So we finally get to Montana.  Each day, my friend Todd and I hike from 5700 to 8400 feet to get top of the Mountain.  We were seeing lots of elk sign so we decide to do a morning set up up top, waiting for the elk to come through the passes.  The elk will not go over the high points because of the deep snow, so they use the passes. 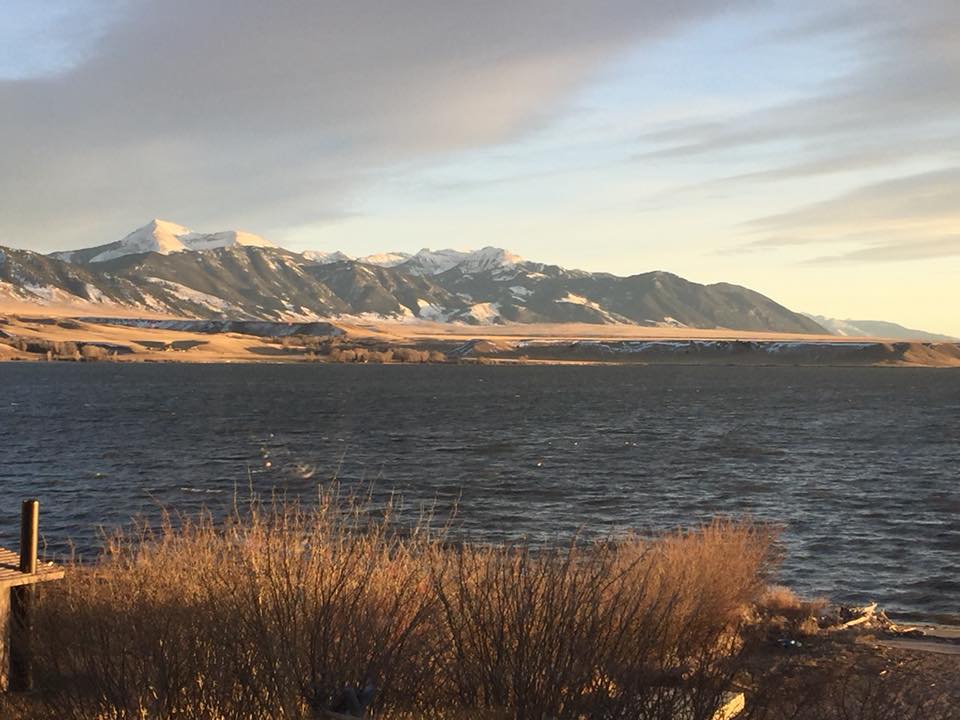 A few days of hard hunting goes by.  The temperature went from -7° to 41° in just 20 hours, which is a wild temperature change in this rough country,  with rocks, snow, ice sliding and miles and miles of hiking.  We see Grizzly Bear tracks one morning and come to find out, a horse had a heart attack and died on top of the mountain we were on.  The bear had been eating on it.  Turns out the DNR actually goes up there to blow up the horse with dynamite to dispose of the carcass. 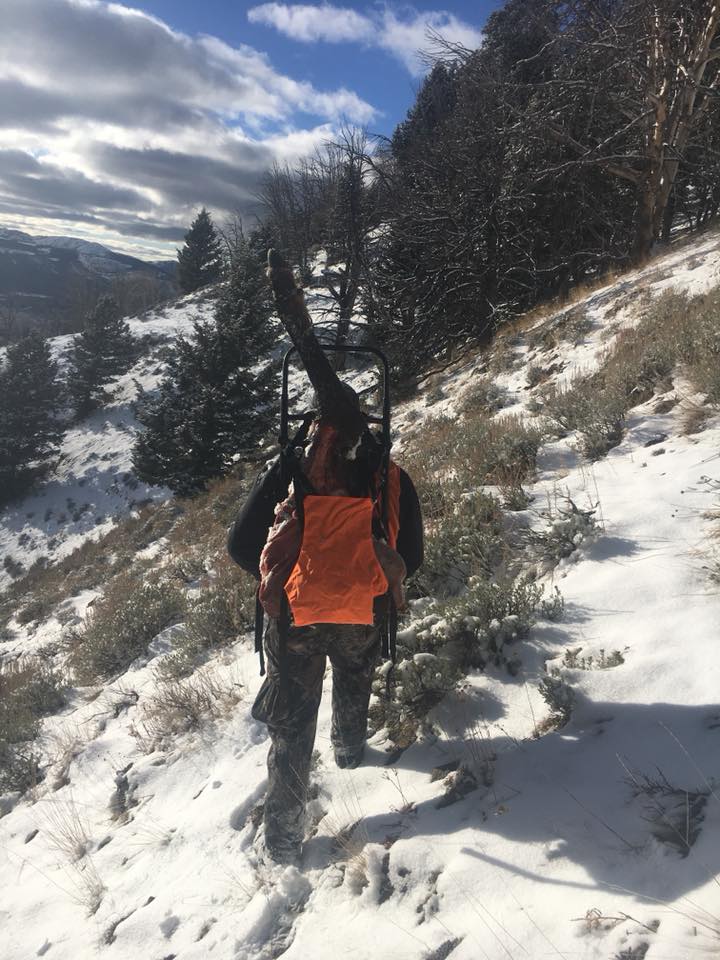 So the next day I decide to go all “Lone Wolf ” and go solo way back in….. staying away from all the commotion.  We had previously seen elk at about 900 yards, and this was a place where most hunters will not walk because it’s just rough country.  Well because of this, I found out there is tons of elk sign.  I walk over an hour and a half, straight up into the mountains in the dark the next day, weirdly sweating even though it’s 20° out.  (I learned the physical shape you need for this hunt, is not for the average hunter)  I walk over ridge-line where I knew a lot of beds were.  Sure enough, the elk were already moving their way up the mountain and we’re already 100 yards away from me! 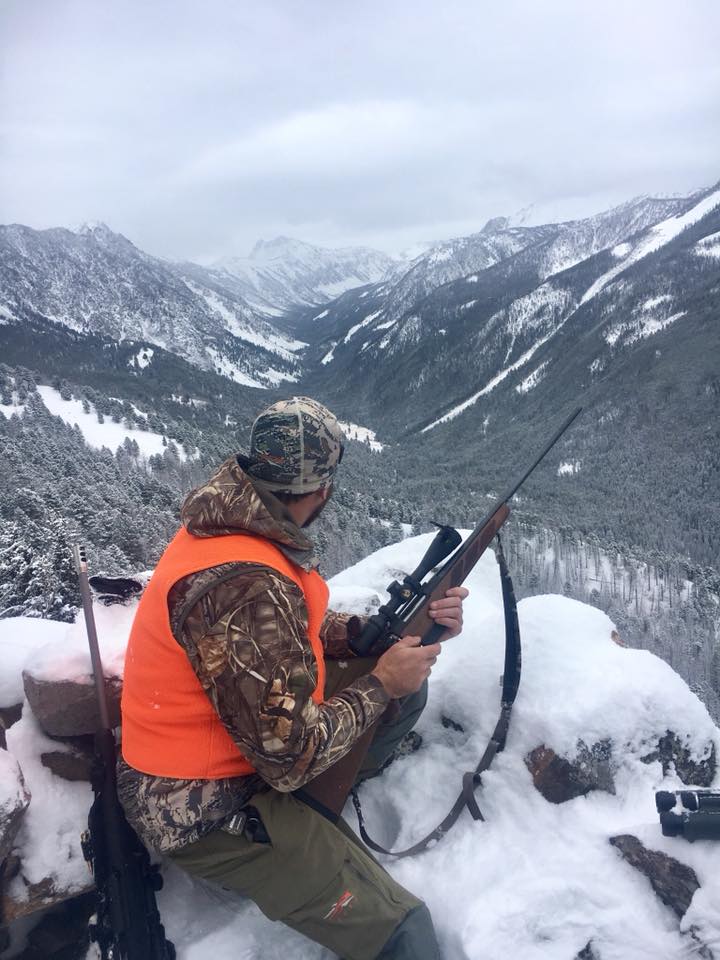 I could count five elk, but they were in the dark heavy timber.  Next, a 4 x 4 bull walks out.  I could’ve shot him many times but I decided to wait for something bigger.

Waiting to see what else was coming through, 10 or more came out.  One of them I could tell was an absolute stud.  He walks out broadside and stands right behind a tree.  The 4 x 4 is now 40 yards from me and winds me, or senses something is going on.  I had to make a quick decision to either shoot the 4 x 4 or the large elk.  The large elk turns just right and I put a bullet right through his neck into his chest.  I took another shot just to try to put him down as he goes off a plateau and down beyond.  As I walk to the edge of the giant plateau, I hear crashing.  I immediatly look up, and the elk actually went down and around, and then back up toward the top of the mountain.  He stumbled only another hundred yards or so, and then he tips over and goes sliding down the mountain a couple hundred yards.  SMACK!  He smacks a huge pine tree, which stopped him right there.  I knew very soon I would be staring down at my very first elk.  A 6 x 7,  300+”  trophy bull.  Success! 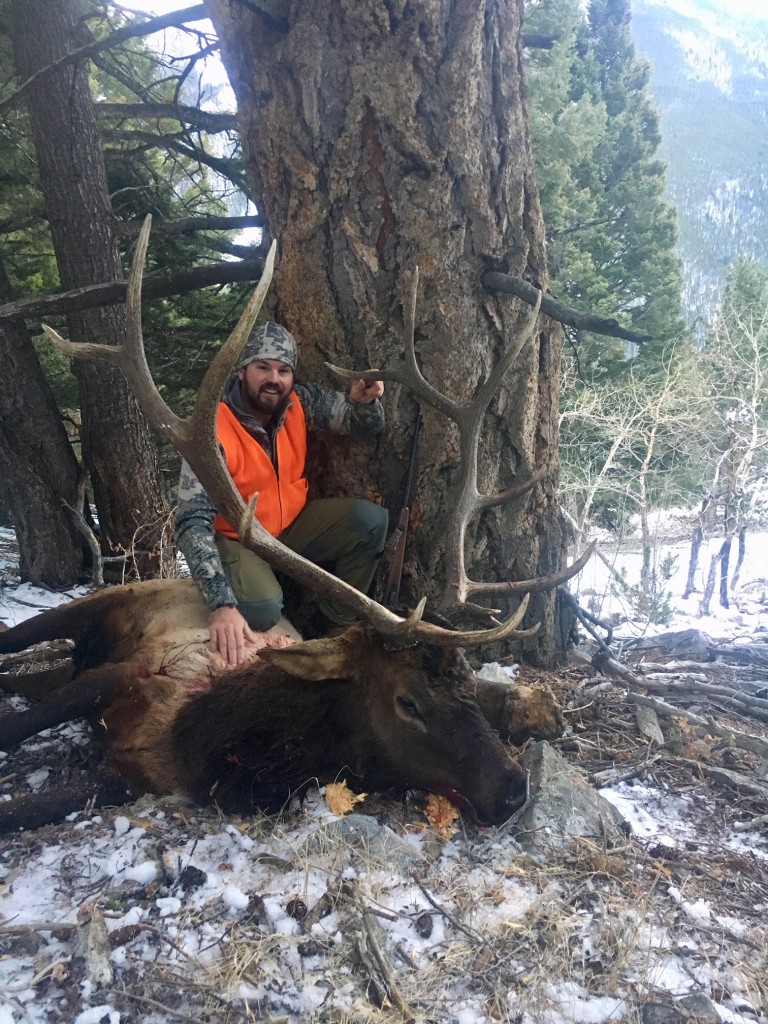 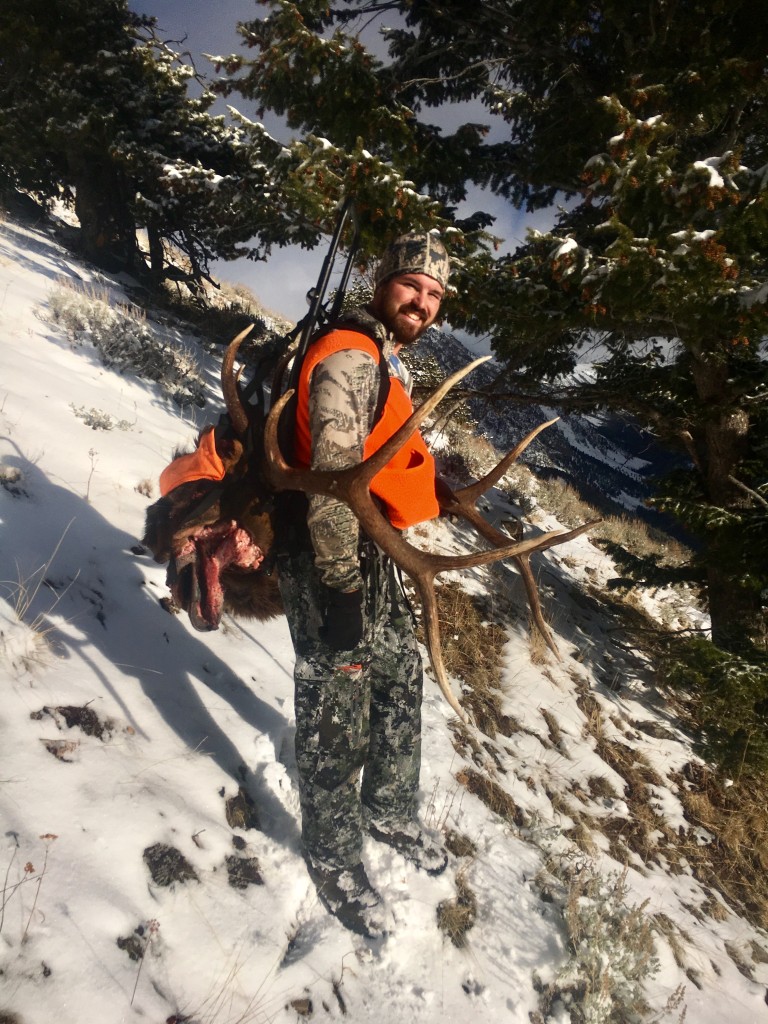