I took a few hours off work the morning of Friday the 13th, to hunt a small wood lot behind a friend’s relative’s house.  The only deer I saw was at 9am, which was a basket 8 pt.  Without hesitation, I took the shot he presented, and did my dance.  From the stand I knew shot was good, not great, but I knew it was a fatal liver shot and if I was lucky, I clipped a lung.  I had to get to work but I followed slow dark red blood drips for 100 or so yards hoping for a lighter color blood trail, or lung bubbles.  It was obvious I only had his liver so I backed out and went to work knowing the area where the deer was lying to expire.

My coworker’s dad ironically is training a 7 month old Bavarian Mountain Hound and he wanted all the tracking he can get to build the dog’s success rate and confidence. So we meet at 4pm to get the dog on that deer. Dog brought us straight to deer about 125 yards from stand. A total of 160 yards, with its loop. It was cool getting the dog some training.  I had the deer tagged, drug out, field dressed, and loaded by 5pm.  Here’s where my bigger buck comes in….. 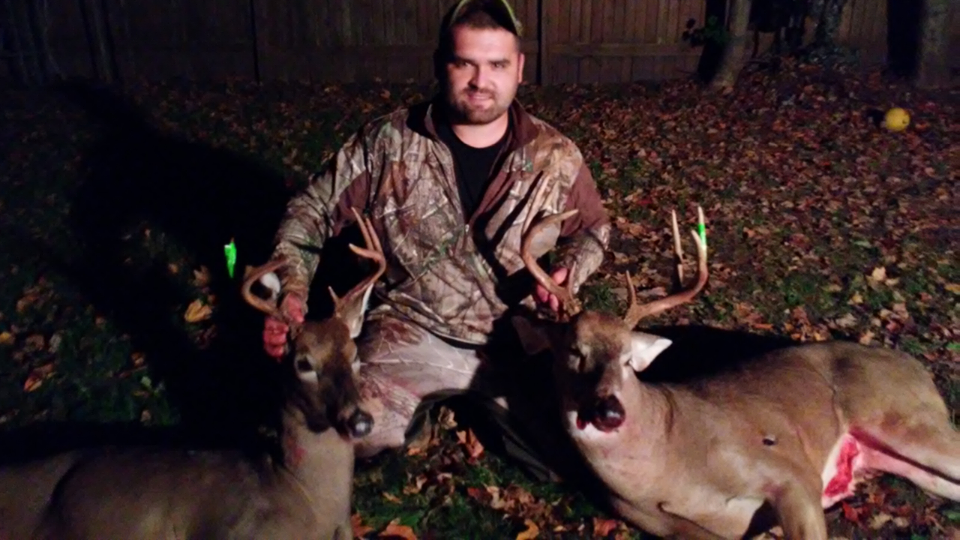 Of course I tracked the smaller buck without wearing my hunting clothes with the exception of my snake boots.  Boots had lots of scent on them from gutting the deer just an hour previous.  With nothing but water and scent killer spray I took a “field shower” and drove a country block west where my lease is.  I had only 1 stand in favor of the wind that day, but I was still skeptical of my scent.  I was in my stand just over an hour with my back to 3 acres of corn, and facing a 4 acre wood parcel with a bean field to the south and alfalfa to the east.

2 does came thru my corn plot just 1 and 2 rows in (so hardly in the corn) and presented 20yd shots but I wasn’t ready to tag does so they passed by.  After already standing up and turned all the way around, I got the glimpse of the buck following the doe’s trails.  He picked up on my foot trail about 40 yards from me, just on edge of the cornfield. He was curiously coming towards me, directly on my foot trail.  At about 20 yards, he was facing my direction and he put his nose straight up in the air.  He was scenting it all but he was curious as ever, and not a bit worried.  I had not drawn yet, and he’s walking right at me.  He gets to base of my tree and turns in to the woods.  I knew I now had my opportunity.  I drew then, and had nothing but spine in my sights at a straight down shot which I will not take.  I followed him away from my stand and his first step to his right was his last mistake. 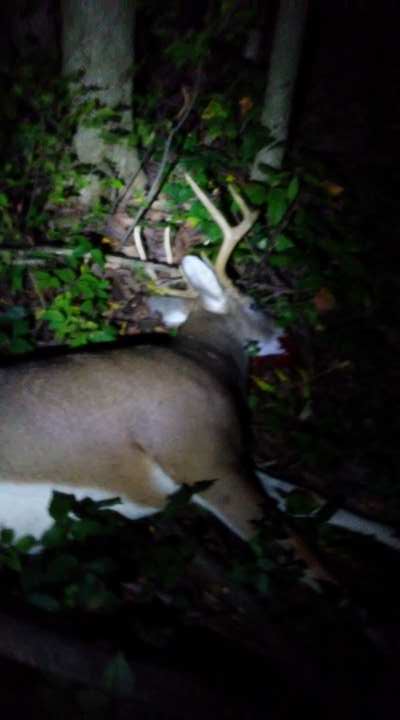 It was a 15 yard chip shot with a 2″ Swhacker braodhead, and the arrow passed through​ his lungs.  He ran 30 yards and folded.  I danced the dance and sat confidently another 45 minutes for it to get dark, and waited for the in-laws & friends to arrive.  He scored at 115.25″ and I’m darn proud of him. 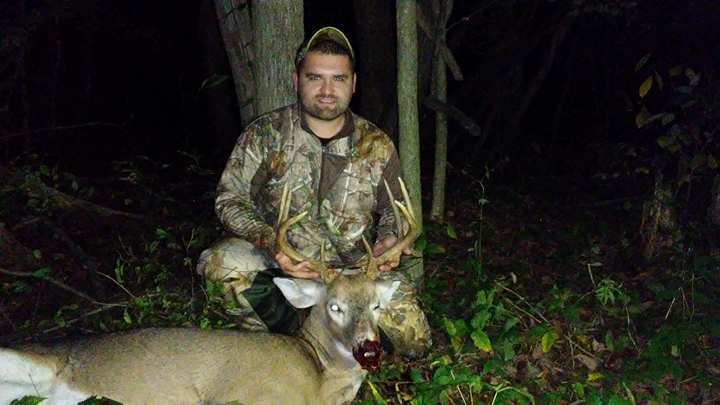 Now I’m having even more fun dedicating all my time to mentoring my son and getting friends in my hot seats.  I’ll shoot a doe soon but I never take more than 1 doe out at my lease.  I’ve got state land Allegan & Barry county doe tags to fill! 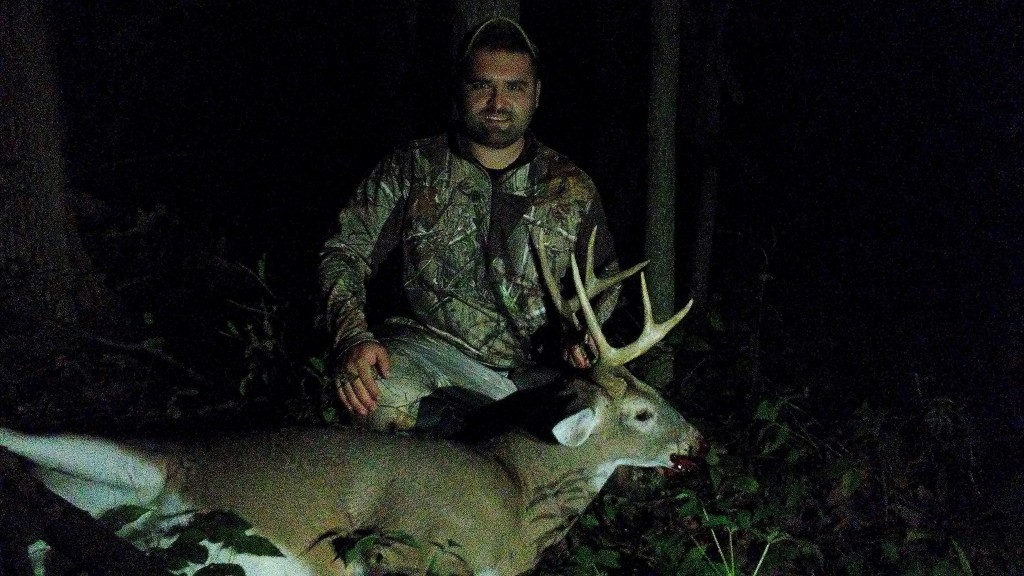