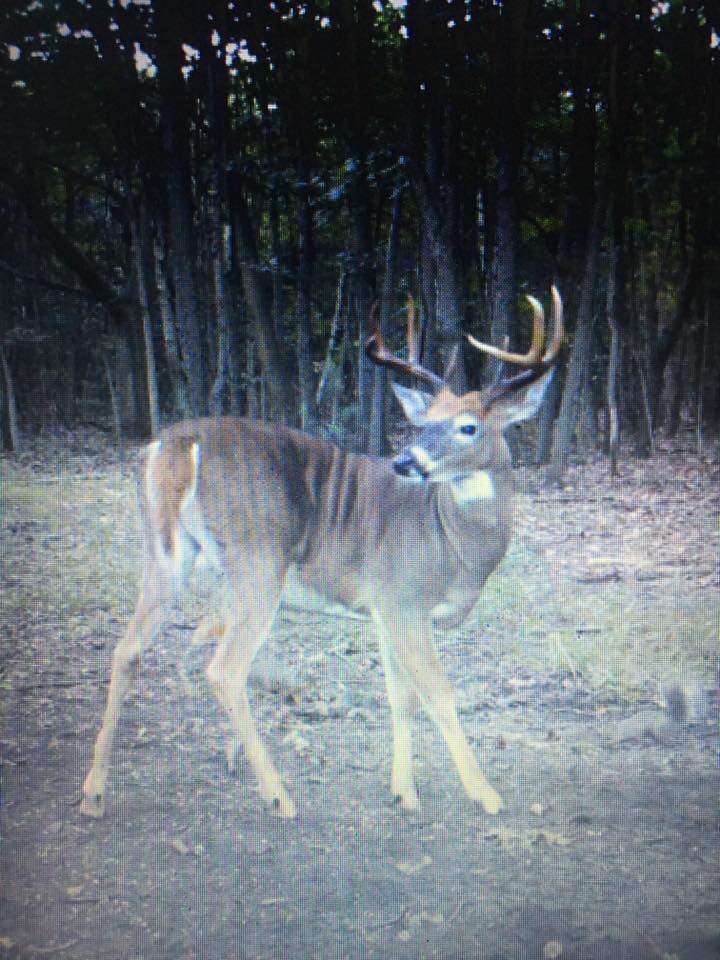 “So I had this buck on my trail camera at 7:30 the day before opening day.  I knew he was coming in at somewhat close to the same time, so I went out opening morning.  I don’t normally hunt this spot in the mornings, but I did.  I saw some does… but I think it does more harm hunting there in the morning than good.  Of course it poured rain on me, and did the same thing during the evening hunt.  I figured it threw their pattern off a little bit. 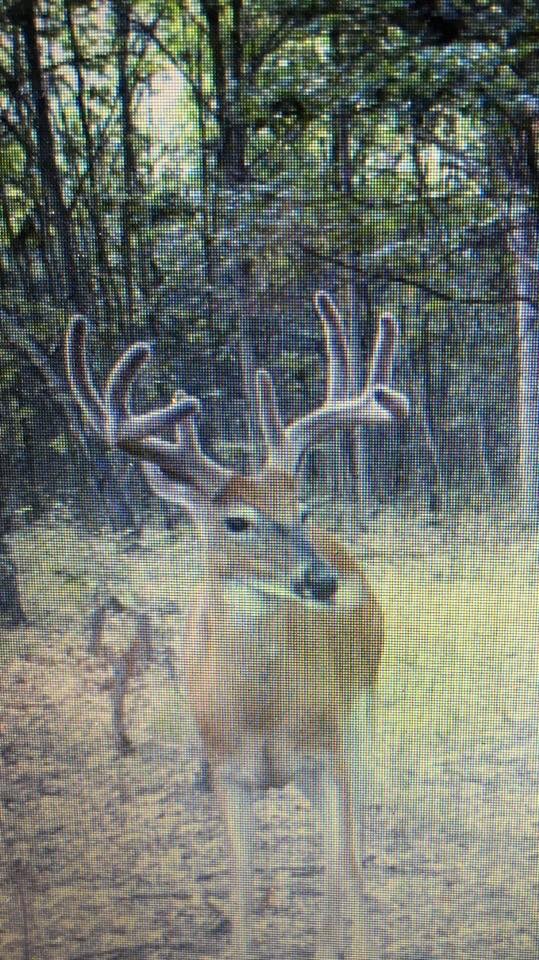 Sunday morning(10/2/16) I decided not to hunt (because like I said I think it does more harm than good walking in there) so I drank a couple extra beers Saturday night to make sure I did not get up.

Finally ..Sunday afternoon rolls around and  it’s a beautiful day.  I had a good feeling going out (I get these weird feelings sometimes) and had does come in early eating acorns like crazy.

I literally stood for an hour and a half…not moving. This one doe stayed so long I couldn’t believe she wasn’t full.  I literally looked down at my phone and it’s 7:22 – Sunset.  I have about a half hour or less left of light, and suddenly she started turning her head and looking to the East.  I had a Northwest wind, had my ozonics running, nothing even knew I was there… so I felt confident.

Sure enough I look in the direction the doe was looking, and here comes three bucks!  You would think the big one would be last, but nope, he was first.  He comes walking in, so I drawback, and he stops to eat some acorns for a while.  I held my bow back for at least 3 to 4 minutes.  So long it was getting to the point where I almost let down, but then he just took a big right step quartering away 25 yards.  I let the arrow fly and absolutely drilled him!!  He didn’t even know what hit him.  He went about 35 yards and fell over.  The sensation we all love, came over me once again.

Of course he piled up right behind some brush and I couldn’t see him, but when I climbed down from my stand I then had a visual.  It was such a rush!  I’ve been watching this deer since May on camera,watching him grow into what he is today, and now to finally see him in person just is something else.  All the hard work and scouting paid off.” 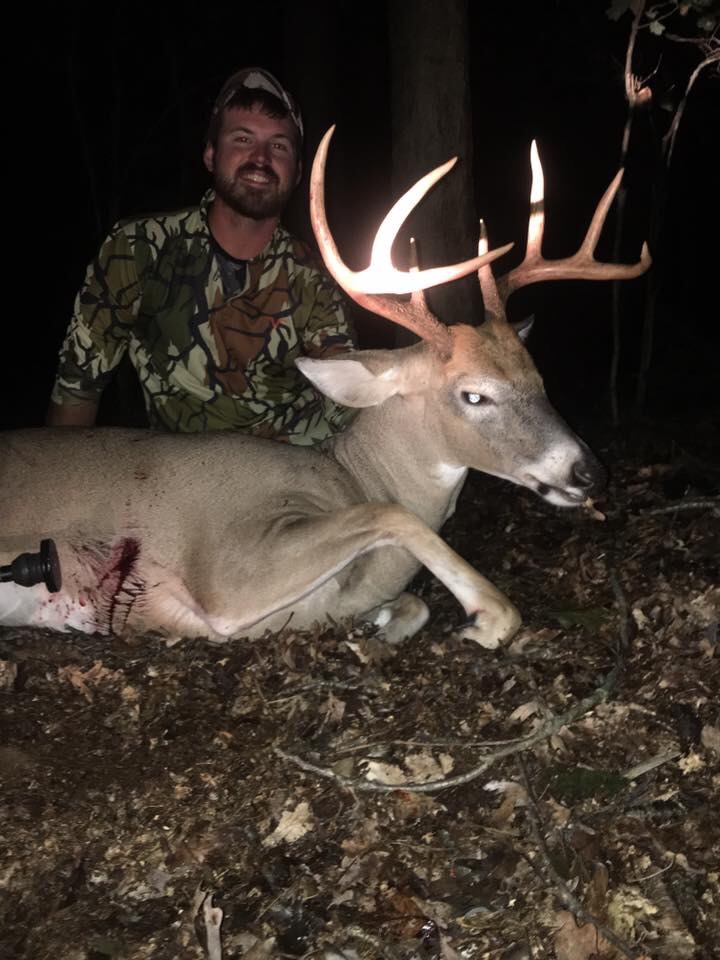 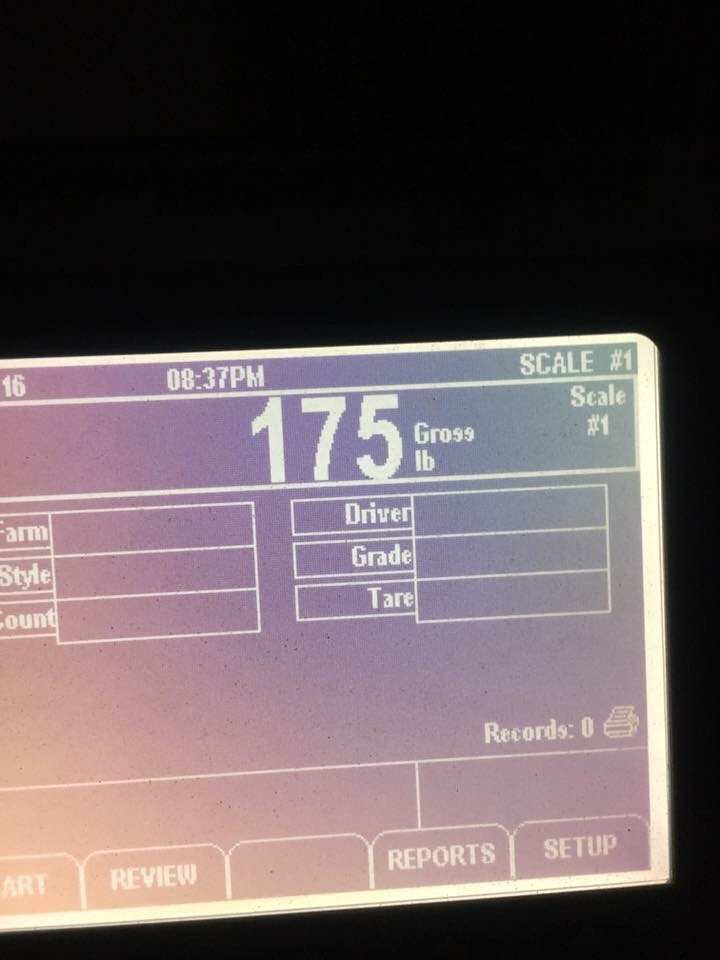 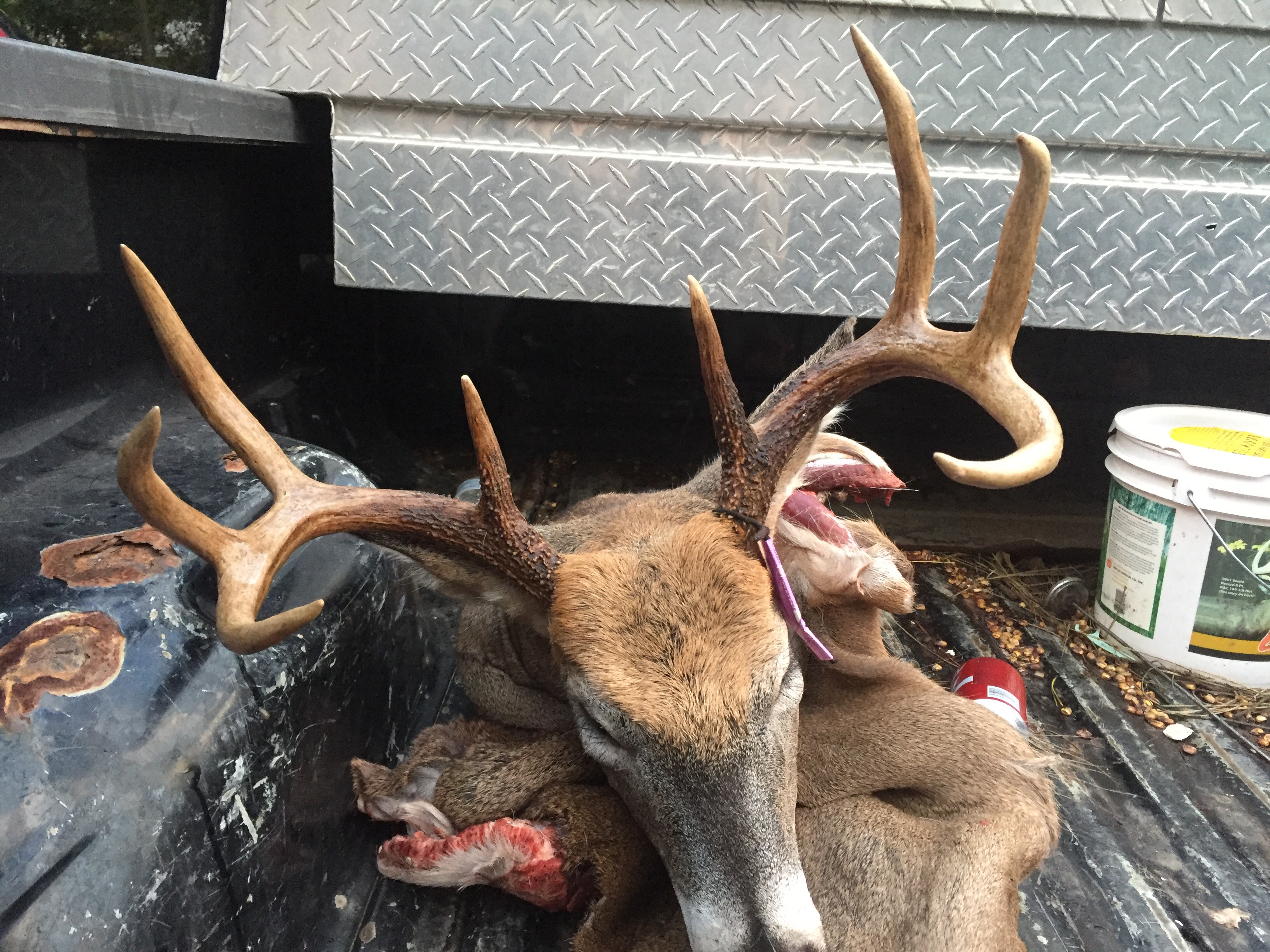